Posted at 16:56h in Blog by Gallorini

The crystalline grain of metals

In the world of jewellery we often hear speaking about master alloys containing grain refiners, but what exactly is this about? What is a crystalline grain and why is it better to make it finer? We deepen it in this article. 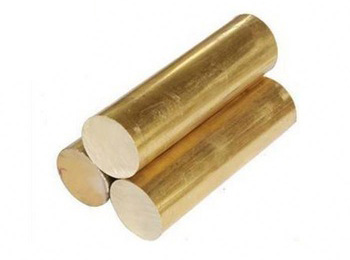 When we look at a metal plate, we can easily see how compact, solid and often shiny it is. At first glance it would not be a crystalline material. In fact, metals have a lot in common with minerals and crystals, although its structure is more difficult to notice with a naked eye.

However, if we polish the surface of the metal finely enough and attack it with an appropriate acid, its internal str 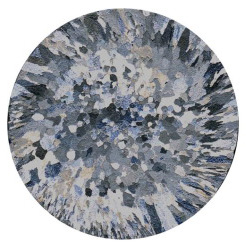 ucture reveals itself: its interior appears as an intricate set of crystals, in contact with each other in a compact way: these crystals in metallurgy are called grains and extend in all directions, while the contact surface between two grains is called the grain boundary.

When an alloy is in a liquid state, it does not have a crystalline structure. Its atoms are relatively free to move and allow the metal to copy the shape of the container in which it is located, this is what happens for example when it is poured into a mold or in the gypsum during casting.

But what happens when the temperature starts to descend? The atoms of the metal become less and less free till solidification starts. Solidification begins with a process called nucleation, that is the spontaneous formation of small solid nuclei inside the liquid mass. These nuclei are formed more easily where the metal is in contact with foreign material, such as the edges of a mold or mold, but also of much smaller objects, such as oxide particles or impurities in the alloy (we will be back to that).

Once the nucleus is formed, it begins to expand in all directions, forming structures with a characteristic fractal shape, called dendrites. A dendrite does not stop expanding until it encounters an obstacle, such as the edge of the mold or another dendrite, or when all of the liquid metal has solidified.

Since each dendrite starts from a different core, placed in a different point and moves in a particular direction, when two different dendrites meet, they are unlikely to have the same orientation, the more likely it will be to create imperfections in the structure of both crystals. The edge where two dendrites come into contact with each other is will become the edge of the crystalline grain once the metal is completely solidified.

For this reason, the edges of the grain are weak points for the metal, they are the area that can most easily yield if subjected to mechanical stress and it is also where all impurities can concentrate. Finally, they are chemically more reactive and therefore more easily subject to corrosion.

The size of the grains and the control of their growth are fundamental aspects in metallurgy, in fact a finer grain is associated with some important properties:

The size of the crystalline grains varies depending on many factors, the most common are:

What about the grain refiners?

Some elements, such as iridium and ruthenium, added in very small  percentages (<0.1%) to gold or silver alloys, are able to reduce the size of the grains: remember that nucleation occurs in the presence of particles present in the liquid? Thanks to their low solubility in gold and silver and their particularly high melting temperature, the atoms of the grain refiners solidify quickly during cooling and act as nuclei in the liquid metal, speeding up its nucleation. If the starting nuclei are more numerous, the dendrites have less time available to enlarge and the crystalline grains will be smaller.

This is a significant advantage, which however presents some danger: an excess of grain refiners, in fact, can pile up and create unsightly hard spots on the surface of the product.

And that’s not all!

Cold deformations, such as rolling or drawing, also reduce the size of the crystalline grains, stiffening the metal and decreasing its ductility. Having reached a certain degree of reduction, however, to avoid fractures, it is common practice to perform an annealing, more properly called recrystallization annealing.

By bringing the metal at a certain temperature, typically 80% of its solidus temperature for gold alloys, a new nucleation occurs inside, but this time in the solid state. New nuclei form and expand, restoring the crystalline structure of the metal to its initial state, and restoring ductility to the semi-finished product. Like liquid nucleation, it is essential that the grains do not grow too large in order not to make the metal too weak.

Some grain refiners are poorly effective in solidification nucleation, but excellent in recrystallization nucleation, an example in this case is cobalt. On the other hand, the management of an element with a high melting temperature and high reactivity (formation of oxides) such as cobalt, makes its use rather complicated if you do not have the appropriate equipment.

Grain refiners are powerful tools that can improve the technical characteristics of gold and silver alloys, make processing less delicate and improve the aesthetic appearance of the final product. On the other hand, its management presents some difficulties: one of the advantages of using master alloys is the presence of appropriately melted, dosed and ready-to-use grain refiners!